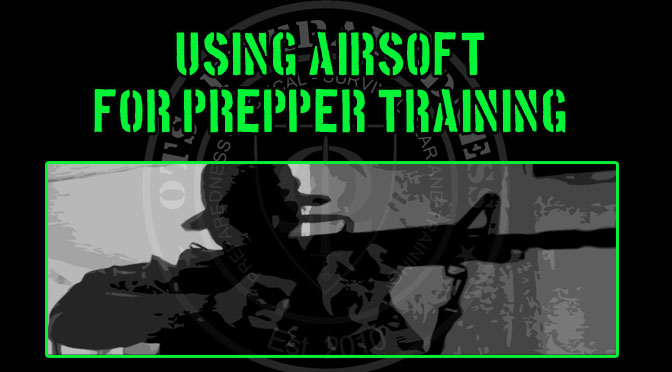 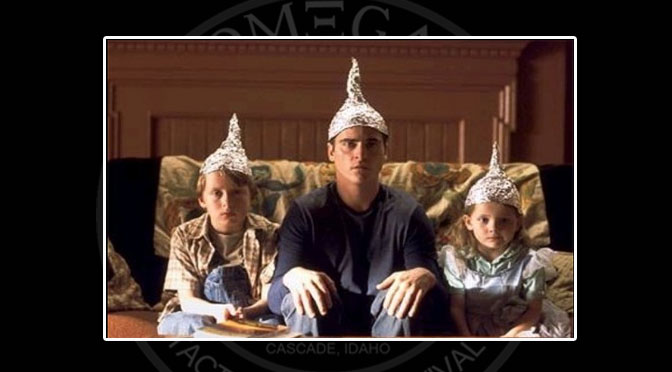 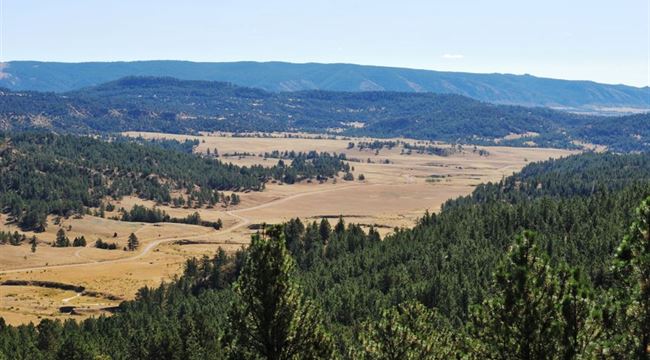 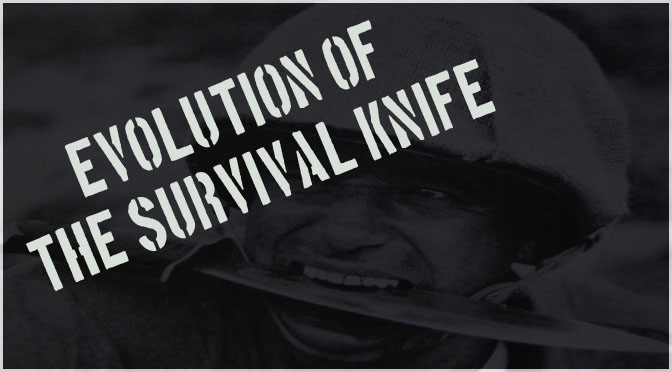 Roughly 2 million years ago, a particularly bright specimen of Homo habilis needed to cut something and decided to invent the knife. Thank you for you early ingenuity! So now days there are 50 and a half million different versions of survival knives to choose from on the market. Everything from shivs, monster bolo knives and everything in between. But have you ever thought about what old school outdoors-men used before the mass production of the ever so popular “Survival Knife”?

END_OF_DOCUMENT_TOKEN_TO_BE_REPLACED

Here is where airsoft comes in as good training for Preppers. When you’re wearing your full kit including water, loaded magazines, armor panel’s, your conditioning yourself and becoming accustomed to your gear and its weight. After two hours of high impact, fast paced play. You have just moved one step closer to becoming more physically fit and becoming familiar with your kit and how its going to serve you if you ever need it for when the SHTF. I have been doing this since October of 2015 on a regular weekly or sometimes biweekly basis depending 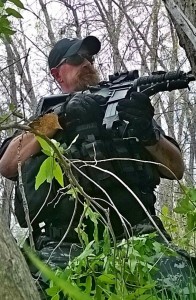 on my schedule. I can already tell a huge difference in my ability to carry it comfortably compared to six months ago. I have had to adjust equipment, move pouches, eliminate gear that just wasn’t feasible. And I weeded out what was crap and what is good quality gear.  If you tryout airsoft I highly suggest it, It is extremely fun and help’s you hone some skills and help’s as well with getting you in shape.

But continue assembling gear with its intended purpose of Prepping in mind. When you buy your armor plate carrier keep quality high. I have tested some airsoft REPLICA gear because it was less expensive only to be highly disappointed in the lack of quality and durability.

Also use caution if you plan on using your real equipment for airsoft play, you may attract unwanted attention from local law enforcement. I have consulted several of the local police and they are aware that we play airsoft. I also leave printed signs on my vehicle showing that there is a airsoft game in progress along with my phone number. In case a concerned citizen reports a highly equipped and armed individual or several entering the woods.

A ounce of prevention right! Please use common sense! With the recent spree of mentally unstable individuals who have decided to shoot up schools, theaters in the last few years people can tend to jump the gun. So be safe and if possible use a a gun case to get to your intended location. Be safe and train, train, train.

We live in uncertain times and with constant threats knocking at our doors. One day, we might live under Martial Law and although the use of Martial law should bring end to the scenario that imposed it, most of the times it will lead to further violence and chaos. The United States, like many other nations has a long history when it comes to Martial law and some fear it may soon be upon us. The current scenarios that foresee Martial law are all related to ISIS attacks that could happen on US soil. This is why you need to have a survival strategy for when Martial law hits.

In survival circumstances, when you are distant from everyone else and defenseless, your survival knife is your accomplice which goes with you wherever you go and whatever you do. It is the most critical survival device you need to finish whatever survival task there is. You require a decent survival knife to cut wood and cordage, to baton wood to make a way in the wild, to hunt and to make traps, to avoid dangers, and more. END_OF_DOCUMENT_TOKEN_TO_BE_REPLACED 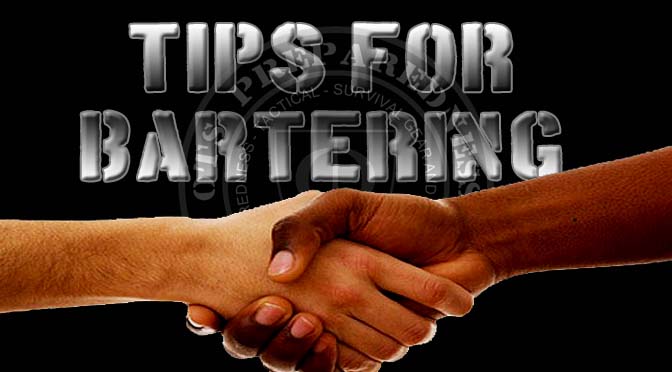 Of course, the success of bartering depends on the value and demand of the item that you want to barter. However, the main responsibility lies in the individual who is handling the process. You need to be fully aware about the system of bartering in order to have the upper-hand in the trade. You need not worry since bartering is all about nailing the following four steps. END_OF_DOCUMENT_TOKEN_TO_BE_REPLACED

Recently bought one to inspect and check out quality before I started reselling them. 100% pleased! They are without NVG holes and Velcro I added that myself/ Excellent quality level IIIA helmet for a excellent price.

The helmet is constructed from para aramid material and provides lightweight, robust protection from ballistic and fragmentation projectiles and other low energy threats. A four point harness is anchored to the shell with ballistic resistant bolts. The harness can be easily removed for cleaning or replacement.  END_OF_DOCUMENT_TOKEN_TO_BE_REPLACED

GIVEAWAY!!!!! We will soon be giving away a Cold Steel GI Tanto knife and the only way to be eligible to win is to share and like our FACEBOOK page! I personally carry this knife in my own bug out gear. One hell of a knife don’t miss out!!!!!!  Congrats to Jim McGraff of Mena, Arkansas!  https://www.facebook.com/OTS-Preparedness-2-1658259374459370/ 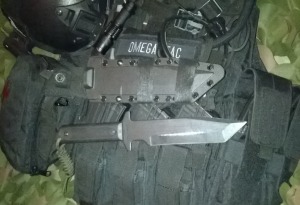 Use Caution And Common Sense

So this is a topic I have wanted to cover for a while, recently I have met a few folks that have confused prepping and being prepared with paranoia and fear mongering. So I felt it’s time to confront this subject and hopefully help some people steer clear of bad situations and people.

I recently attended a meeting locally regarding helping our community form a group and become prepared during hard times, but instead heard a bunch of blatant lies and stories that some were so far fetched that they were obviously BS. The meeting was more of a rant session rather than a constructive opportunity to create a useful network within our community. There was no coordination, no plan, structure or even any thought put into it..

There were things mentioned that I felt very uncomfortable discussing in public. So my first thought was this person is crazy and obviously not what I was expecting. The meeting I attended enthusiastically and was hoping to become involved in quickly disintegrated within a few minutes. I was wishing I could ooze out a backdoor if there had been one. Eventually after two hours of wasting my time I grabbed my gear and walked out.

Be careful of the company you keep! Some people try to pass themselves off as something they are not. Don’t let their paranoia grab hold and consume you. There are some that are either delusional or flat out crazy.

The Internet Is Not Always Your Friend.

I have seen people become so consumed in misleading Youtube videos that that they seem to set all reality aside and slide into this imaginary world of fear and lies quite easily. To me its like a form of brainwashing. To me some of the things seem so insane, but people believe in them completely because they read the article or viewed the video on the internet. Anyone can make a video or write and article. It doesn’t mean it true.

Some people get so caught up in videos they see on Youtube or articles on facebook that they become so drawn into the BS fear mongering that they actually believe the false crap they see and read. Use Common sense and judgement!

Weed Out The Crap!

There is a lot of good legitimate information from a lot of good people on the web, just be sure to use judgment and look for facts and not to base something on someones else s opinion. Or a belief that they themselves believe are true but may be false or really far fetched.. Alot of sites post misleading information in the hopes of getting likes, shares and page hits, so just because you saw it on internet doesn’t necessarily mean its true.

Well after a recent move for a job in Wyoming it looks like this will be our home base now. We will be offering new items in our store soon so be sure to check that out. We may begin some classes and workshops in the area East of Gillette. So if your in the area look for those. Keep checking our page for updates.

I was editing some photos for the site today and decided to do a article about bugging out in winter and how winter time can literally become a frozen nightmare.

END_OF_DOCUMENT_TOKEN_TO_BE_REPLACED 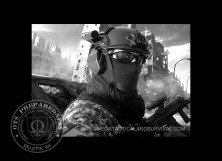 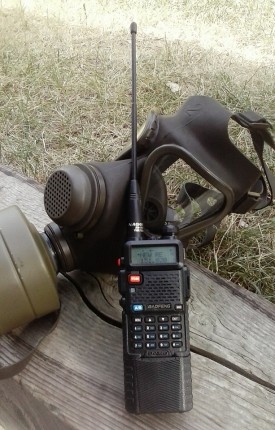 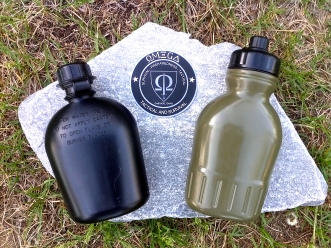 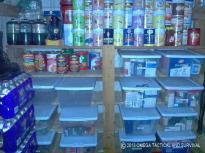 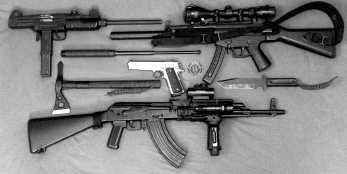 Musings of a Chaotic Mind